What if I told you there was something that you can do right now that would have an immediate, positive benefit for your brain including your mood and your focus? And what if I told you that same thing could actually last a long time and protect your brain from different conditions like depression, Alzheimer’s disease, or dementia. Would you do it? Yes! I am talking about the powerful effects of physical activity. Simply moving your body, has immediate, long-lasting, and protective benefits for your brain. And that can last for the rest of your life. So what I want to do today is tell you a story about how I used my deep understanding of neuroscience, as a professor of neuroscience, to essentially do an experiment on myself in which I discovered the science underlying why exercise is the most transformative thing that you can do for your brain today. Now, as a neuroscientist, I know that our brains, that is the thing in our head right now, that is the most complex structure known to humankind. But it’s one thing to talk about the brain, and it’s another to see it. So here is a real preserved human brain. And it’s going to illustrate two key areas that we are going to talk about today. The first is the prefrontal cortex, right behind your forehead, critical for things like decision-making, focus, attention, and your personality.

The second key area is located in the temporal lobe, shown right here. You have two temporal lobes in your brain, the right and the left, and deep in the temporal lobe is a key structure critical for your ability to form and retain new long-term memories for facts and events. And that structure is called the hippocampus. So I’ve always been fascinated with the hippocampus. How could it be that an event that lasts just a moment, say, your first kiss, or the moment your first child was born, can form a memory that has changed your brain, that lasts an entire lifetime? That’s what I want to understand. I wanted to start and record the activity of individual brain cells in the hippocampus as subjects were forming new memories. And essentially try and decode how those brief bursts of electrical activity, which is how neurons communicate with each other, how those brief bursts either allowed us to form a new memory, or did not.

But a few years ago, I did something very unusual in science. As a full professor of neural science, I decided to completely switch my research program. Because I encountered something that was so amazing, with the potential to change so many lives that I had to study it. I discovered and experienced the brain-changing effects of exercise. And I did it in a completely inadvertent way. I was actually at the height of all the memory work that I was doing — data was pouring in, I was becoming known in my field for all of this memory work. And it should have been going great. It was, scientifically. But when I stuck my head out of my lab door, I noticed something. I had no social life. I spent too much time listening to those brain cells in a dark room, by myself. (Laughter) I didn’t move my body at all. I had gained 25 pounds. And actually, it took me many years to realize it, I was actually miserable.

And I shouldn’t be miserable. And I went on a river-rafting trip — by myself because I had no social life. And I came back — (Laughter) thinking, “Oh, my God, I was the weakest person on that trip.” And I came back with a mission. I said, “I’m never going to feel like the weakest person on a river-rafting trip again. ” And that’s what made me go to the gym. And I focused my type-A personality on going to all the exercise classes at the gym. I tried everything. I went to kickbox, dance, yoga, step class, and at first it was really hard. But what I noticed is that after every sweat-inducing workout that I tried, I had this great mood boost and this great energy boost. And that’s what kept me going back to the gym. Well, I started feeling stronger. I started feeling better, I even lost that 25 pounds. And now, fast-forward a year and a half into this regular exercise program and I noticed something that really made me sit up and take notice. I was sitting at my desk, writing a research grant, and a thought went through my mind that had never gone through my mind before.

And that thought was, “Gee, grant-writing is going well today.” And all the scientists — (Laughter) yeah, all the scientists always laugh when I say that because grant-writing never goes well. It is so hard; you’re always pulling your hair out, trying to come up with that million-dollar-winning idea. But I realized that the grant-writing was going well because I was able to focus and maintain my attention for longer than I had before. And my long-term memory — what I was studying in my own lab — seemed to be better in me. And that’s when I put it together. Maybe all that exercise that I had included and added to my life was changing my brain. Maybe I did an experiment on myself without even knowing it. So as a curious neuroscientist, I went to the literature to see what I could find about what we knew about the effects of exercise on the brain. And what I found was exciting and a growing literature that was essentially showing everything that I noticed in myself. 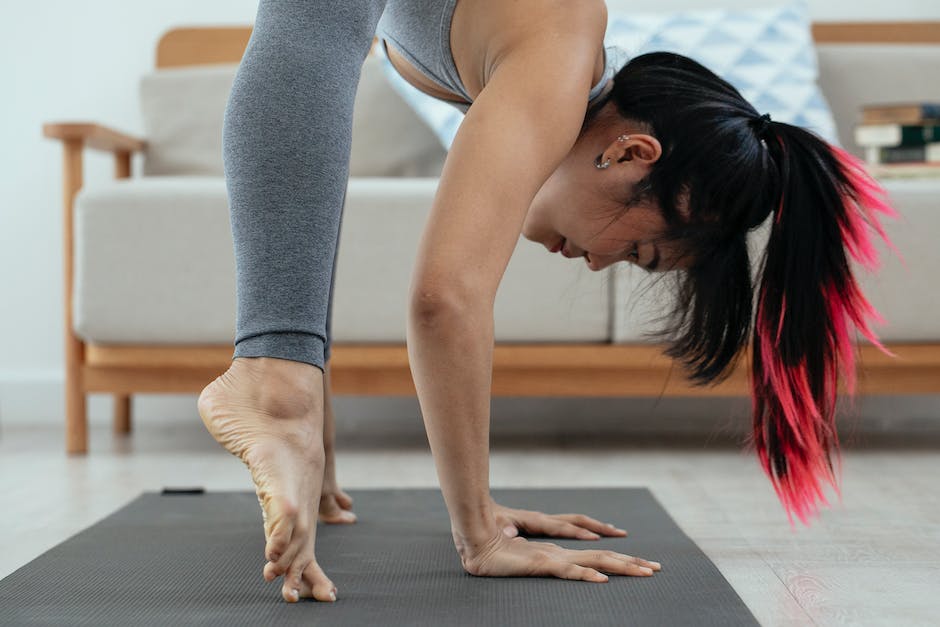 Better mood, better energy, better memory, better attention. And the more I learned, the more I realized how powerful exercise was. Which eventually led me to the big decision to completely shift my research focus. And so now, after several years of really focusing on this question, I’ve come to the following conclusion: that exercise is the most transformative thing that you can do for your brain today for the following three reasons. Number one: it has immediate effects on your brain. A single workout that you do will immediately increase levels of neurotransmitters like dopamine, serotonin, and noradrenaline. That is going to increase your mood right after that workout, exactly what I was feeling. My lab showed that a single workout can improve your ability to shift and focus attention, and that focus improvement will last for at least two hours. And finally, studies have shown that a single workout will improve your reaction times which basically means that you are going to be faster at catching that cup of Starbucks that falls off the counter, which is very, very important.

(Laughter) But these immediate effects are transient, they help you right after. What you have to do is do what I did, that is change your exercise regime, increase your cardiorespiratory function, to get the long-lasting effects. And these effects are long-lasting because exercise actually changes the brain’s anatomy, physiology, and function. Let’s start with my favorite brain area, the hippocampus. The hippocampus — or exercise actually produces brand new brain cells, new brain cells in the hippocampus, that actually increase its volume, as well as improve your long-term memory, OK? And that including in you and me. Number two: the most common finding in neuroscience studies, looking at effects of long-term exercise, is improved attention function dependent on your prefrontal cortex. You not only get better focus and attention, but the volume of the hippocampus increases as well. And finally, you not only get immediate effects of mood with exercise but those last for a long time. So you get long-lasting increases in those good mood neurotransmitters. But really, the most transformative thing that exercise will do is its protective effects on your brain. Here you can think about the brain like a muscle.

The more you’re working out, the bigger and stronger your hippocampus and prefrontal cortex gets. Why is that important? Because the prefrontal cortex and the hippocampus are the two areas that are most susceptible to neurodegenerative diseases and normal cognitive decline in aging. So with increased exercise over your lifetime, you’re not going to cure dementia or Alzheimer’s disease, but what you’re going to do is you’re going to create the strongest, biggest hippocampus and prefrontal cortex so it takes longer for these diseases to actually have an effect. You can think of exercise, therefore, like a supercharged 401K for your brain, OK? And it’s even better because it’s free. So this is the point in the talk where everybody says, “That sounds so interesting, Wendy, but I really will only want to know one thing. And that is, just tell me the minimum amount of exercise I need to get all these changes.” (Laughter) And so I’m going to tell you the answer to that question.

First, good news: you don’t have to become a triathlete to get these effects. The rule of thumb is you want to get three to four times a week to exercise a minimum of 30 minutes an exercise session, and you want to get aerobic exercise in. That is, get your heart rate up. And the good news is, you don’t have to go to the gym to get a very expensive gym membership. Add an extra walk around the block in your power walk. You see stairs — take stairs. And power-vacuuming can be as good as the aerobics class that you were going to take at the gym. So I’ve gone from memory pioneer to exercise explorer. From going into the innermost workings of the brain to trying to understand how exercise can improve our brain function, and my goal in my lab right now is to go beyond that rule of thumb that I just gave you — three to four times a week, 30 minutes. I want to understand the optimum exercise prescription for you, at your age, at your fitness level, for your genetic background, to maximize the effects of exercise today and also to improve your brain and protect your brain the best for the rest of your life.

But it’s one thing to talk about exercise, and it’s another to do it. So I’m going to invoke my power as a certified exercise instructor, to ask you all to stand up. (Laughter) We’re going to do just one minute of exercise. It’s call-and-response, just do what I do, say what I say, and make sure you don’t punch your neighbor, OK? Music! (Upbeat music) Five, six, seven, eight, it’s right, left, right, left. And I say, I am strong now. Let’s hear you. Audience: I am strong now. Wendy Suzuki: Ladies, I am Wonder Woman-strong. Let’s hear you! Audience: I am Wonder Woman-strong. WS: New move — uppercut, right and left. I am inspired now. You say it! Audience: I am inspired now. WS: Last move — pull it down, right and left, right and left. I say I am on fire now! You say it. Audience: I am on fire now. WS: And done! OK, good job! (Applause) Thank you. I want to leave you with one last thought. And that is, bringing exercise into your life will not only give you a happier, more protective life today, but it will protect your brain from incurable diseases. And in this way, it will change the trajectory of your life for the better. Thank you very much.

https://www.youtube.com/embed/aY-jST9htEM Designing your own workout plan or routine can be a lot easier than...
Health