‘Jay Inslee is a SNAKE!’ Donald Trump bashes Washington Governor and said he ordered Mike Pence not to compliment him during visit to state where 14 people have died from coronavirus

By Keith Griffith For Dailymail.com and Associated Press

President Donald Trump has struck out at Washington state’s governor, who is dealing with the most serious coronavirus outbreak in the nation, calling him a ‘snake.’

Speaking at CDC headquarters on Friday, Trump said he told Vice President Mike Pence not to be complimentary during his virus task force meeting with Governor Jay Inslee the day prior.

‘So I told Mike not to be complimentary of the governor because that governor is a snake, OK? Inslee,’ Trump told reporters of Pence’s trip to Washington state.

‘I said, ‘If you´re nice to him he will take advantage’,’ Trump continued. ‘Let me just tell you: We have a lot of problems with the governor, the governor of Washington. … So Mike may be happy with him, but I’m not.’ 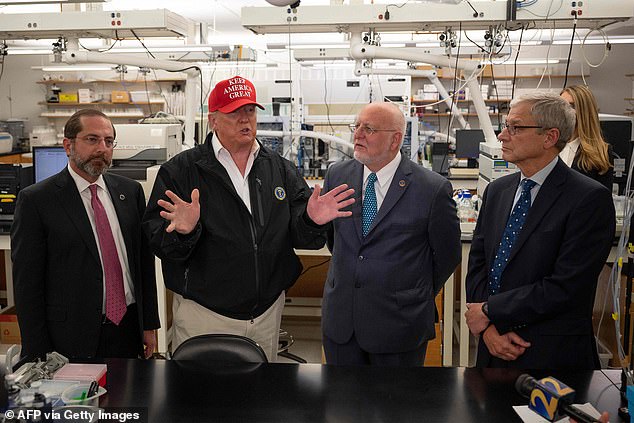 Speaking at CDC headquarters on Friday, Trump said he told Vice President Mike Pence not to be complimentary during his virus task force meeting with Governor Jay Inslee the day prior 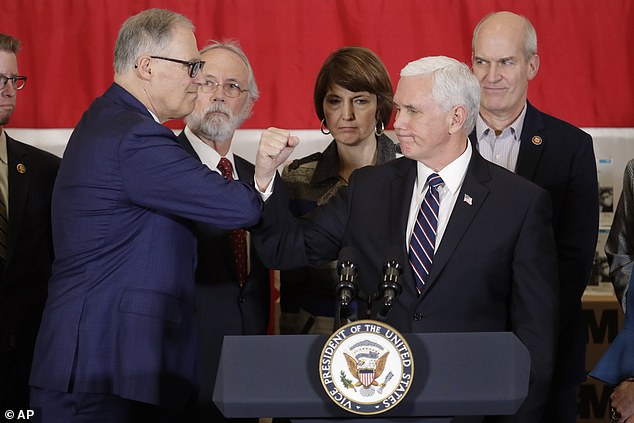 Vice President Mike Pence bumps elbows with Washington Gov. Jay Inslee, left, during a news conference, Thursday at Camp Murray in Washington state. Pence was in Washington to discuss the state’s efforts to fight the spread of the COVID-19 coronavirus

Trump said that ‘if we came up with a cure right now’ and the outbreak was stopped in it’s tracks, Inslee ‘would say Trump did a terrible job’.

Pence was later asked whether Trump’s comments about Inslee raised questions about how seriously the president was taking the virus.

The vice president responded, ‘I promise you, President Trump has no higher priority than the health and safety of the American people.’

Inslee tweeted his own response to Trump’s comments: ‘It’s important for leaders to speak with one voice. I just wish the president and vice president could get on the same page.’

It came as Trump’s CDC visit turned into a scattershot defense of his administration’s handling of the coronavirus outbreak, veering into political score-settling, exaggerations and talk harking back to his impeachment.

With financial markets slowing and the virus spreading, Trump tried once more to quell the growing alarm that has prompted travel to be curtailed and events to be cancelled from coast to coast. 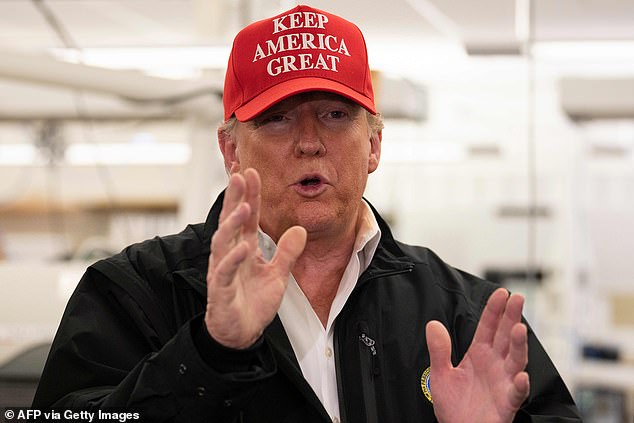 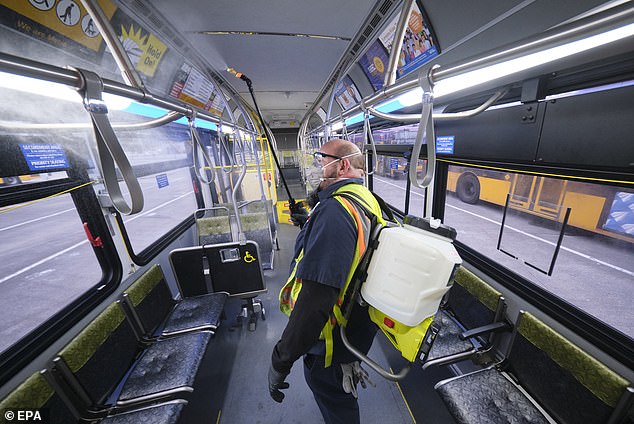 But Trump, wearing his ‘Keep America Great’ campaign hat while discussing the global worry, repeatedly detoured from his message of reassurance.

‘It’s an unforeseen problem,’ Trump said of the virus. ‘It came out of nowhere. We’re taking care of it.’

The president, while touring the CDC, talked up his ability to understand the virus, although he has repeatedly misstated how long it would take for a vaccine to be developed and available.

‘I like this stuff. I really get it,’ Trump said. ‘People are surprised that I understand it. … Maybe I have a natural ability.’

He also suggested the accuracy of the coronavirus test was ‘perfect – like the letter was perfect.’

With that, Trump was making a comparison to the July phone call with Ukraine’s president that led to his impeachment. Trump, who was acquitted by the Senate last month, has insisted he did nothing wrong.

Before departing Washington, Trump signed an $8.3 billion coronavirus response funding bill at the White House and instructed the public: ‘Be calm. It will go away.’

‘We have very low numbers compared to major countries throughout the world. Our numbers are lower than just about anybody,’ Trump said about cases of the virus.

How to Upgrade Your Home Office, With Gizmodos Alex Cranz and Brian Kahn

What the 2020 Election Could Mean for Reproductive Rights

How To Hoard Tab

Invader Was Here: The Story Behind One Of Venice’s Most Recognizable Homes

Producer’s Compound In San Miguel De Allende Is A ‘Catch’ At $6.25 Million