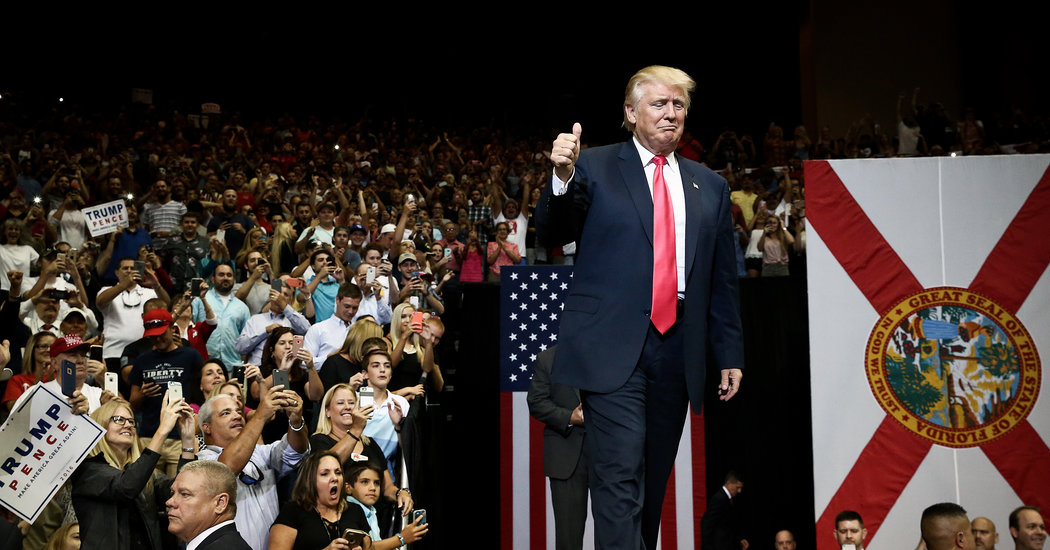 The city’s white mayor at the time, Haydon Burns, suppressed news about the beatings, Dr. Bliss said, and it was not until 2001 that the day was commemorated with a marker at the park paid for by the historical society. The current mayor, Lenny Curry, a Republican, removed a bronze Confederate soldier statue from the same park this week.

It was not clear that the historical resonance of the date for the city, which is about 30 percent African-American, was known to Republican officials before its selection.

The announcement of the Jacksonville speech capped a furious scramble set off after Mr. Trump and Gov. Roy Cooper of North Carolina, a Democrat, reached a stalemate over how to pull off the convention as originally planned in Charlotte. Mr. Cooper insisted on social distancing measures and face masks inside to protect attendees from the spread of the coronavirus. Mr. Trump rejected those measures out of hand, insisting on a packed indoor arena with the look and feel of a country that had returned to business as usual despite the continuing health crisis.

Jacksonville, roughly a six-hour drive from Charlotte, was seen as the top contender as Republican officials considered a range of last-minute replacements. Former Vice President Joseph R. Biden Jr., the presumptive Democratic nominee, is leading Mr. Trump in Florida by about three percentage points, according to polls. And Mr. Trump, who changed his residence from New York to Florida last year, is uniquely focused on winning his adopted home state, which he won by a slim margin four years ago.

One of the holdups on any official announcement earlier this week was a question about whether Jacksonville had enough hotel rooms to accommodate the gathering. Some of the hotel rooms that will be used for the swarm of delegates, party officials, national news outlets and other attendees will be as far as 20 miles from the venue, according to people involved in the planning.

Stay connect with us

NewsMoot Your Best News Service. Thank You For Subscription ...